Actually, this book is a “…collection of mots, liberally interpreted by F. S. Pearson and indiscreetly illustrated by R. Taylor…”  At least that is what the flyleaf states.

I found this book at Bugden’s Bookshop, on William St. a couple of blocks west of Victoria St.   Gotta love Kings Cross. 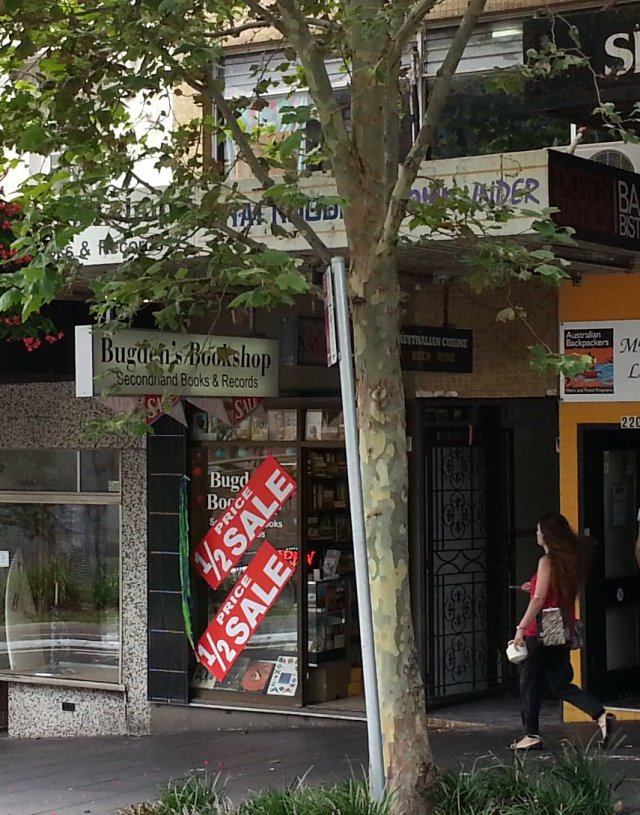 So, from Ohio State University,

We find he was born in 1902, and died in 1970.  I guess you could say he is one of the good Canadians needed to offset the tween twit from the same country.

TheHairy Green Eyeball,  indicates that he was a left wing cartoonist in his early days.  I don’t think the “New Yorker” would ever be called ‘left wing’ so maybe that was later in his career.

I believe he was well known for his cartoons in the  “New Yorker.”   Look for the big eyes.

Google as usual, has a bunch of Taylor related items.

Richard Taylor  (self portrait above from Meet the Artist) Born in Fort William, Ontario, Sept. 18, 1902. Died in 1970. NYer work: 1935 -1967. Collections: The Better Taylors ( Random House, 1944, and a reprint edition by World Publishing, 1945), Richard Taylor’s Wrong Bag (Simon & Schuster, 1961). Taylor also authored Introduction to Cartooning ( Watson -Guptill, 1947). From Taylor’s introduction: the “book is not intended to be a ‘course in cartooning’…instead, it attempts to outline a plan of study — something to be kept at the elbow to steer by.

The site is a fantastic read, and I urge you to link on over to it.

Well, how about we look at a few of the cartoons from “Fractured French” illustrated by R. Taylor, and collected by, F. S. Pearson.  On the end flyleaf Pearson says his hobby is money.  Always nice to have a hobby.

I seem to remember that there is a synonym for hat that kind of rhymed with chateau, so that must be the hook for the gag.

Well, after the ball… 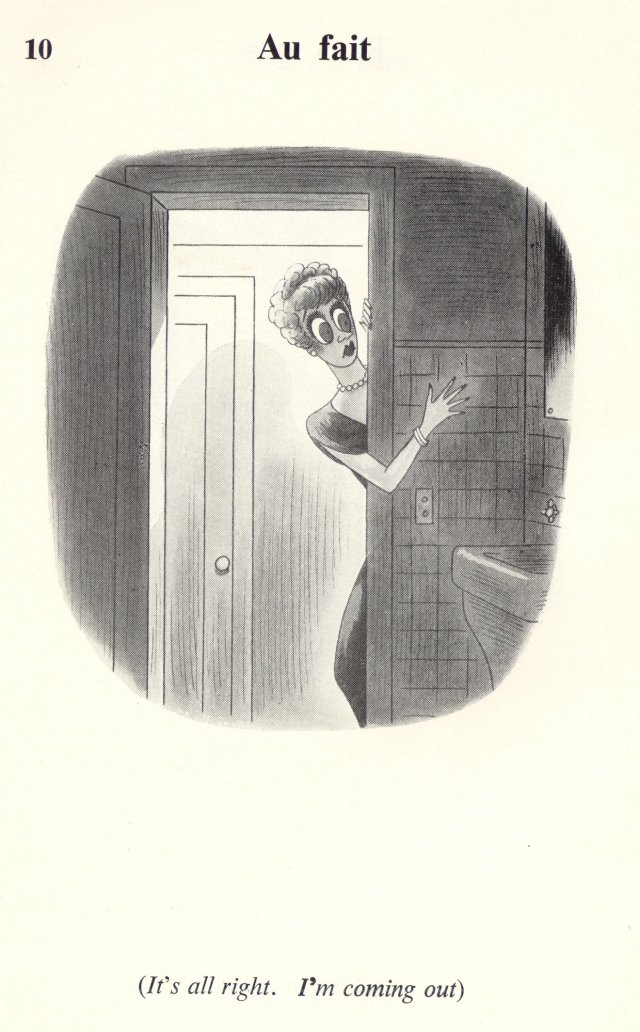 Which leads us to other bodily functions. 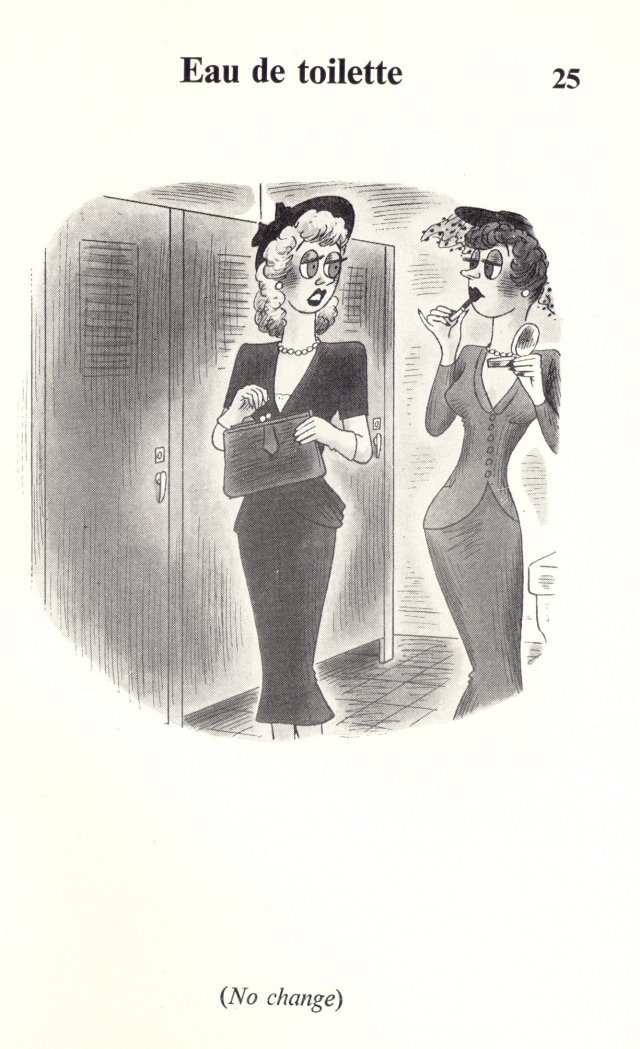 Well, the following probably does not require change.

Of course, for guys, things will always work out. 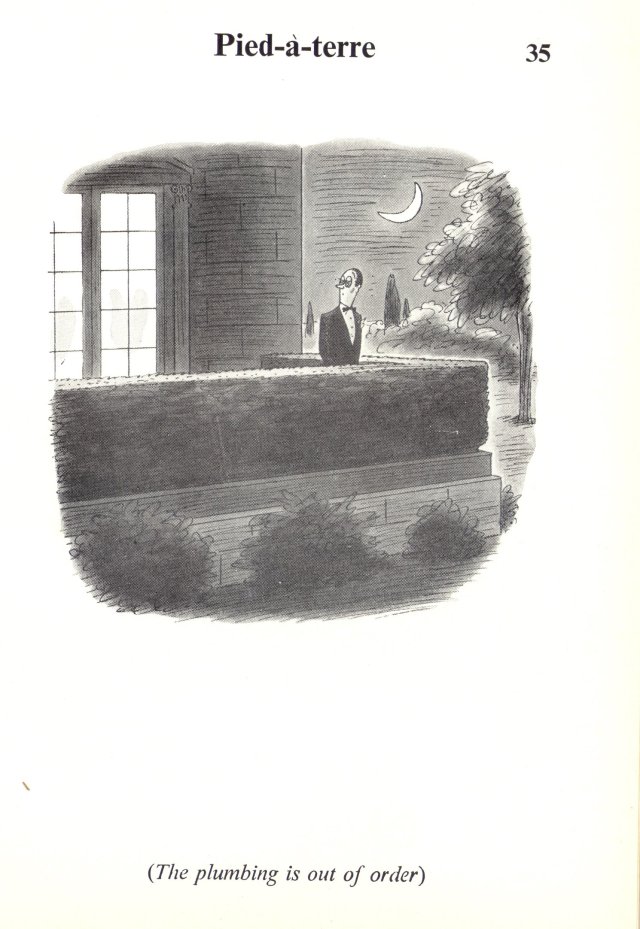 Well, on to interpersonal relationships.

Well, one thing leads to another.

I guess she will run until she catches him.

Well, here is the happy ending.

The bride with a blissful life ahead of her.  The groom with the in-laws ahead for him. 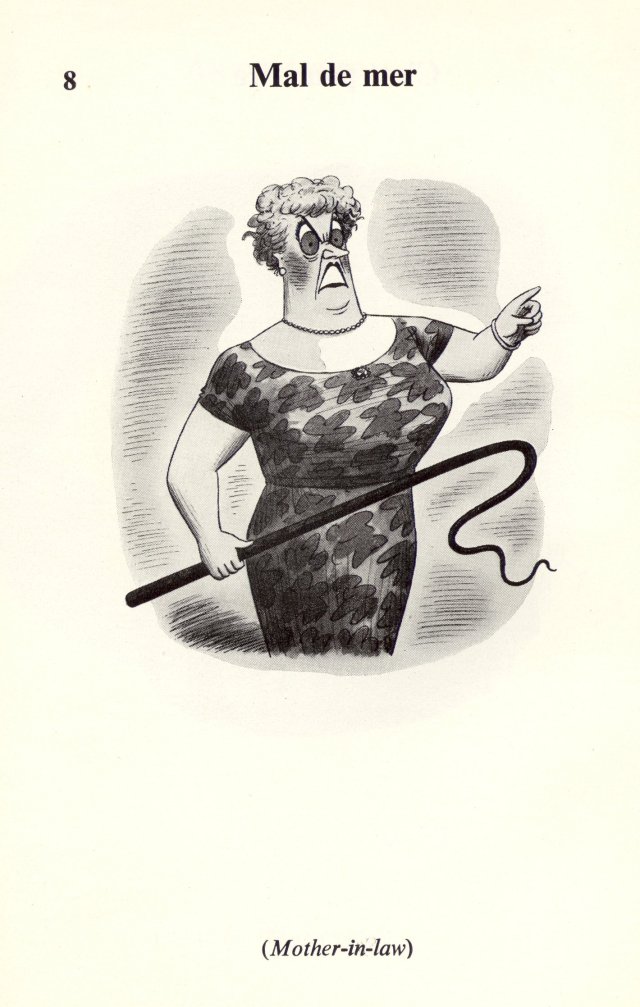 Well, a peek at the artwork of R. Taylor.